As you may have noticed, FA lost both its data and all the backups due to a serverhosting error. The last backup managed to track was 23.7.2017. Serverhosting apologized for the error, I consider their behavior to be very correct. FA, despite the loss of data, will not change this hosting.

FA was restored to 23.7.2017. Backups of the game will be extended from two to three to not repeat this in the future (backup to three different locations).

I've extended all the Supporters up to six months. At the same time, I've activated all the payments (both Supporter and FA Credits) from the last half year again.

Some payments will need to be solved personally. These are payments for teams that were created after 23.7.2017. Which are new teams or new teams in the Supporters country. Please email me and I will find the payments and activate them again.

FA will be back on Sunday. A lot of things in the game had to be set manually due to a downtime, and there is a risk of some mistake. If you find an error after Sunday, please report it to some discussion or mail it to me. 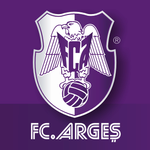